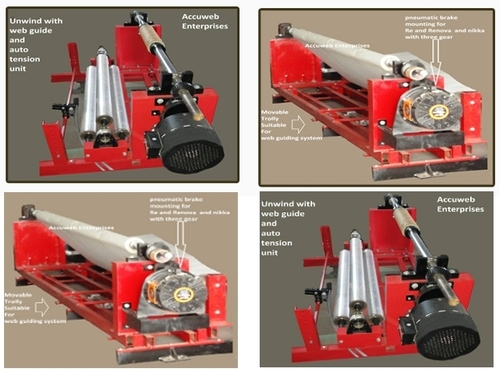 Standard adapter bases consist of a stationary floor-mounted frame or plate, a four unit, standard bearing and support system, and a moving frame or plate. A heavy duty servo cylinder is mounted between the frames and the bearings. The servo cylinder moves the upper adapter base plate back and forth in response to hydraulic signals from the power unit.

The ACCU_ adopter base is designed for use in applications where the unwind or rewind stand must be shift able. By fitting the adapter base under the stand, a simple and economical installation is obtained. Because of the relatively high mass of the unwind or rewind rolls, its use is most often found in applications. Where response time can be relatively slow and where accuracies are not overly critical.
In Rewind guide the detector is attached to the moving frame before fixed idler with sufficient warp to stabilize Web.
In Unwind guide the idler roller attached on moving frame before the fixed detector to stabilize the Web.

If the material wound is irregular, this system guide the edge position and let it regularly into the subsequent process. The idler roll moves with the unwinding reel stand. 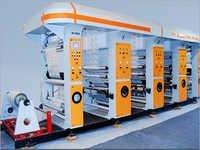 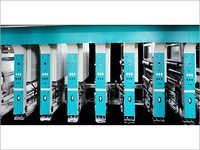 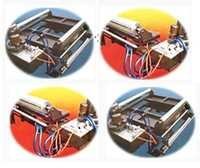